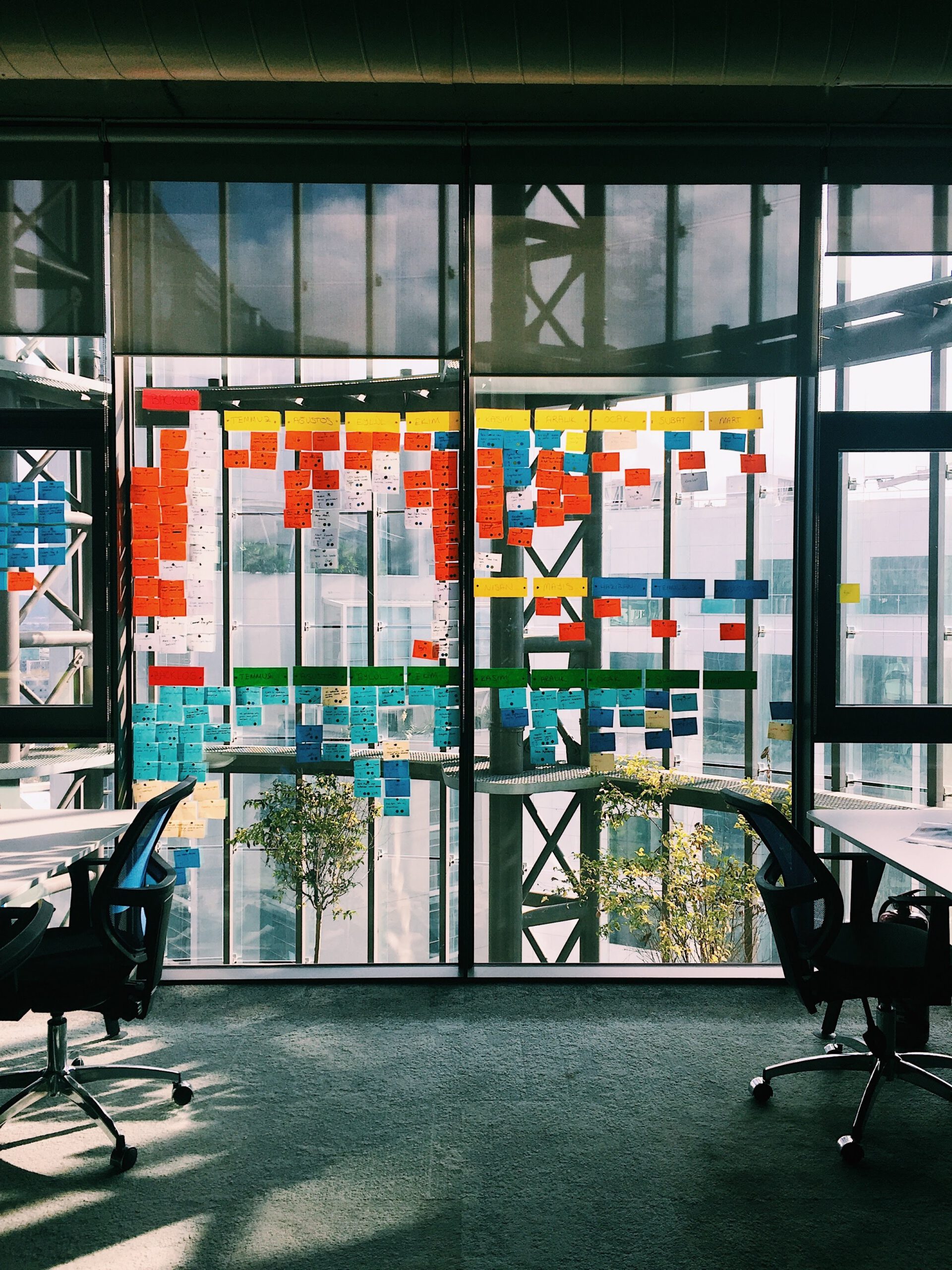 We are often asked whether it is only possible to implement new forms of work and leadership in companies in which all employees partake in the process. Or is it also possible that individual teams or departments successfully move into the direction of self-management?

In practice, we’ve experienced both. Many companies, especially if they’re small, like the betterplace lab or Ashoka Germany, want to undergo the transformation process as a whole. But in many other cases – when employees are inspired by books like Laloux’s Reinventing Organizations or our own The Future of Work needs Inner Work – individual teams approach Bettina and begin the change process with her.

In this article we describe the challenges that arise when different organisational models exist side by side. Then we analyse what to look out for so that different ways of working can successfully coexist under one roof.

It’s basically always a challenge to unite different organisational models in one company. For each organisational structure is based on certain values, assumptions, expectations and goals, and employees in each case need different competencies to implement the respective structure. Often these differences, however, are not made explicit, but are only registered as changes in process and structure. Misunderstandings and frictions ensue. If the company also lacks an open communication culture and regular feedback processes, fundamental problems can easily develop: silos form, exchanges become strategic and tactical. As a result, the different departments don’t feel understood and valued by one another. Everyone feels like they’re just circling around the same questions about process without finding solutions. Frustrations set in.

But it doesn’t have to be this way. When teams are capable of explicitly and clearly pointing out how each department works – what they expect from each other, what their common goals are and which competencies they require to achieve them – individual teams can come into their power. At the same time, the intersections between different parts of the company can be clearly defined and successfully structured.

Above, we described the challenges that arise when different organisational models exist side by side. Now we want to analyse how different ways of working can successfully coexist under one roof.

Everything that’s not hierarchical appears chaotic at first sight

In this situation mutual perceptions play an important role. Most of us are used to hierarchical models; we experience it as “normal” to work together in functional hierarchies, following the principle of delegation. Different people in a hierarchy take on different task and responsibilities and delegate partial tasks from their own area to other people.

When teams work self-organised, however, instead of fixed functional hierarchies, so called competency-based hierarchies form. That is, the person who is most competent at a given task temporarily takes the lead. When the task is done, we dissolve the hierarchy.

Such a way of work often looks, from the perspective of the conventionally lead organisation, quite chaotic. Bosses, managers and employees ask themselves:

•    Who are the contact persons that can be held accountable for mistakes?

•    Are my colleagues even reliable, or does everyone just do whatever they want now? And do we (the rest of the organisation) now have to pick up the slack left by the self-organised departments?

•    Do they even get any work done? We rarely see them during regular office hours.

But jealousy can also come into play, because:

•    These teams often seem to have more freedom and fun.

To proactively prevent such dynamics, the self-managed department has to explain their new way of working and the principles it is based on to their colleagues. Future Workers have to be able to convey how they create stability and organise responsibility. Only on the foundation of this explicit understanding of their respective leadership and collaboration models can intersections between them be properly coordinated.

Two starting positions for the Future of Work

When a team wants to introduce new forms of work and leadership, there are usually two scenarios:

•    The department follows its own impulse, the existing upper management grants them some freedom, and lets themselves be surprised by the practical result, that is, they evaluate the result after implementation.

The first scenario is easier, for the rule in organisations is that bottom-up developments end where they reach the limit of top-down prescriptions. They can develop freely to the extent that the upper levels of the hierarchy allow for it. In the first scenario, the upper management is ideally on board and coordinates with the team undergoing transformation on how they will deal with predictable challenges and how the intersection to other parts of the organisation should be managed.

The second scenario is more challenging: Teams must often do a lot of convincing and prove to the rest of the organisation that their new structures and processes work.

If possible, Bettina always attempts to create the first scenario. If this isn’t possible, because bosses and managers aren’t interested in such a transformation, teams will have to approach their development process considerably slower and with reduced scope. For, next to their own change process, they have to take the rest of the organisation along with them and create a collective learning process. This doesn’t just require more effort; it also results in a lot more problems, for the department undergoing change has no mandate to convey anything to the other departments, no mandate to call upon the others to coordinate intersections or align processes.

This sounds exhausting. But, in practice, we’ve often experienced that a more agile, self-managed team inspires other departments in their company and finally also the upper management to establish new forms of work more broadly in their company or to, at least, create effective intersections.

But there is a third possibility: Teams can also introduce some elements of the Future of Work which fascinate them under the radar. With that we don’t mean full-blown self-organisation, but that which Laloux calls „showing up to work as a whole human being“. Every team can work on its culture of communication and shape it to be more open, transparent, appreciative and constructively critical. It can help its members to appear more authentically and holistically in their working life. And it can promote competencies of meta-reflection, which are so essential for navigating complex environments.

Such a seemingly small cultural shift can be dangerous: we experience again and again that people who have once undergone such a change in culture are no longer willing to play ball in other, more conservative systems. It’s likely that members of teams, which structure themselves in a more human-centric way, will at some point leave the company and find a new working environment in which they can better realise their potential.

If you want to know more about which role new mindsets and inner competencies play for the future of work – and, above all, if you want to concretely try out and realise them – visit our new online course The Future of Work needs Inner Work.

In 36 videos, worksheets and exercises, as well as live online session, you’ll learn how to successfully and sustainably realise the Future of Work and make your company more innovative, effective and authentic.